You must have heard of the two leading designs of all times, modern and contemporary.  Most people use those terms interchangeably.  When they say modern, they also mean contemporary and when they say contemporary they also mean modern. While it is true that these two designs are somewhat similar to each other, they are two distinct styles and there is world of difference between them.

The biggest factor that distinguishes one from the other is perhaps the time when they emerged and became popular. Modern design started in the 18th century and had its peak from 1950s to 1980s. Contemporary design, on the other hand, is a design that is ever changing. It is not associated or related to any particular time or era because it is a design that involves the trends of the here and now.

When you already understand the basic characteristics, differences, and similarities between the two,  you will find it much easier to pick a  design that is suitable and reflective of your taste and preference and plan for your captivating interior.

Modern design refers to an era that has passed, while contemporary design is all about what is trending now and what will be popular in the future.

The modern style is the design and decor that spawned  in the late 1800s. So it should no be construed as “new” as what the word modern literally means.  It was first introduced by the German Bauhaus schools of design and the Scandinavian design that fostered simplicity and function. 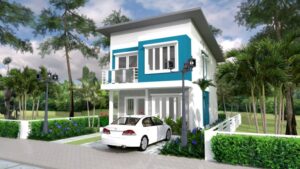 Unlike modern design, contemporary design doesn’t refer to a specific period of time—it is the design that is trending and popular at present time.  For example, the use of floral garment was the trend during the 19th century, that was the contemporary style of fashion during that time. Contemporary design is constantly evolving to reflect the popular styles of the present and the future.  It shares the qualities of modern designs which fosters minimalism.  Though contemporary design is a little difficult to describe because of its ever-changing styles, there are a few qualities that help define it. It uses neutral palettes, clean lines, steel, chrome, and glass.

Contemporary design often sticks to a stricter shades of black, white and grey. If color is added, the color is often the pure, saturated tone like true red, indigo or orange.

Since the term “contemporary” refers to “living at the moment,” this style is always changing.  The design therefore is eclectic since it is a mixture of different styles taken from different eras.  Any piece of stuff placed inside the house is more on aesthetic rather than function.  It is placed there to modify or enhance the view and not for a specific use or purpose. 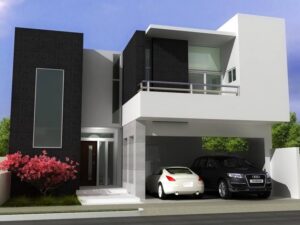 Contemporary is, by definition, what is popular and trending at the moment or at this present time.  It does not refer to any period or era unlike the modern design that spawned and became popular in the early 18th century to the late 19th century.  Both share some characteristics especially on the use of minimalism to their interior designs. Their similarities can be summed up in three elements: